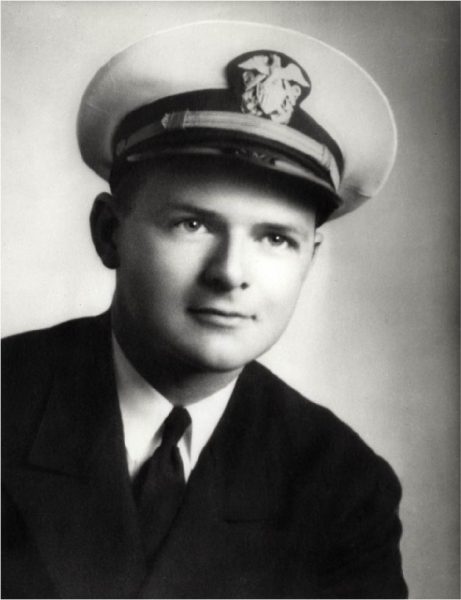 Robert Gavin was born in Fond du Lac, Wisconsin. He received his Bachelor of Science from Holy Cross in 1938, and he obtained his M.D. from the University of Wisconsin-Madison in 1942. Gavin lived in the University Residence Halls for two years, during which time he was the House Fellow of Bashford House (1940-1941, 1941-1942). Bob’s energies were directed toward the activities of the men in his house, rather than toward his own personal interests. A gentleman in the full sense of the word with extraordinary personal charm, Bob’s understanding and emotional balance were two attributes that gained him the confidence and respect in his house and the respect of men in the residence halls. Robert Gavin served his country in Southeast Asia during World War II. He died in the Philippines while serving as a medical officer on the destroyer USS Monaghan in 1944.