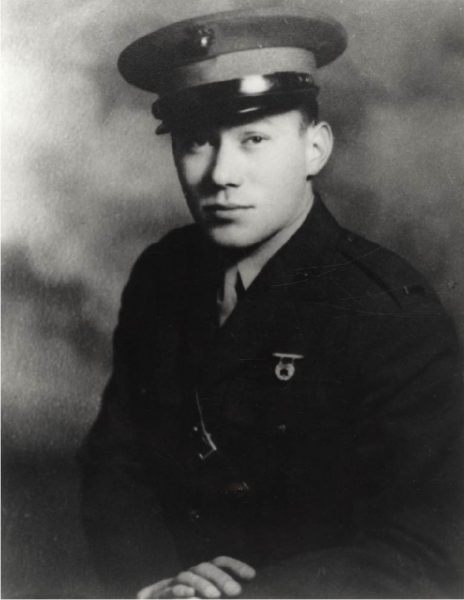 Ira Goldberg was born in Yonkers, New York, on September 7, 1920. He attended public school in Yonkers and graduated from high school there in June 1939. In September 1939, Ira enrolled at the University of Wisconsin and lived in Turner House of the Kronshage Residence Halls. While pursuing a Chemistry Course on the Hill, Ira became very active in the affairs of his house and the Men’s Halls Association. In the fall of 1940, he was elected social chairman of Turner House, became a clerk in the Men’s Dormitory Store, and became active in the Residence Halls Political Association. In the fall of 1942, Ira was elected to the Men’s Halls Cabinet, became Chairman of the Dormitory Store Committee, and was elected President of Turner House. Because of his outstanding qualities of leadership, Ira was appointed House Fellow of Gilman House for the 1942-43 school term. He graduated from the University with a B.S. degree in Chemistry in June 1943 and went immediately into the U.S. Marine Corps. Ira Goldberg rose to the rank of 1st Lieutenant and was killed in action at Iwo Jima on March 7, 1945.