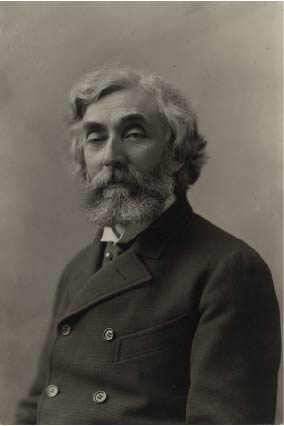 Charles Kendall Adams, native of Derby, Vermont was an American educator and historian. Adams received his B.S. in History from the University of Michigan (1861). He did graduate study at Michigan, Harvard, and several European universities. After completing his graduate degrees, he returned to Michigan becoming an accomplished Latin and History educator through his established of a German-style seminar method of teaching in the Department of History. Later, Adams became chairman of the History Department and later dean of School of Political Science. By this time Adams was nationally recognized as a brilliant teacher and administrator. After serving as the second president at Cornell University, in 1892 he accepted the presidency at the University of Wisconsin-Madison. Adams was very well received by the students and faculty, and he proved to be adept at working with the Wisconsin legislature. He secured additional tax revenues so that he was able to hire more faculty, appropriate more funding for building and grounds maintenance, and establish a department of Architecture. Adams believed that the strength of a University depended in part on the strength of its library. He appropriated funds to greatly expand the collection and combined it with the collection of the State Historical Society. He established fifteen graduate fellowships in English, Greek, and History and one fellowship for overseas study. Adams is most remembered for his insistence on academic freedom. Adams said, in his defense of a faculty member “Whatever may be the limitations which trammel inquiry elsewhere, we believe the great state University of Wisconsin should ever encourage the continual and fearless sifting and winnowing by which alone the truth can be found.” Upon leaving his tenor, Adams left most of his estate to the University.