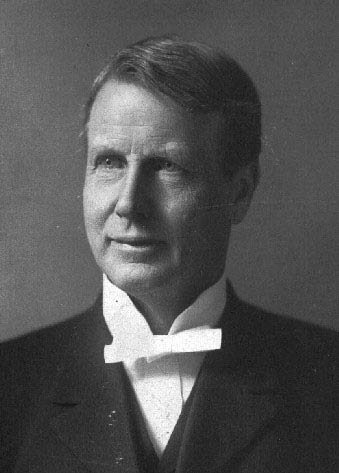 James W. Bashford, a native of Fayette, Wisconsin, received his Bachelor’s and Master’s degrees from the University of Wisconsin-Madison. He later took graduate study at Boston University and earned degrees in theology and oratory. In 1881, Bashford graduated magna cum laude from Boston with a Doctor of Philosophy degree, and he later received honorary doctorates from Wisconsin and Northwestern. Bashford served as a minister of several Methodist Episcopal churches throughout the Northeast before becoming president of Ohio Wesleyan University in 1889. He left his position fifteen years later in order to become a bishop of the Methodist Episcopal church. During his tenure as bishop, Bashford served as a missionary to India and China and helped to plan the Peking Union Medical College. He was also instrumental in organizing a famine relief program in Asia. Bashford was one of the founders and editors of the University Press while he was a student at the University of Wisconsin. He also tutored students in Greek, was a member of the debate team, and served as class president. In 1887, Bashford was elected president of the Wisconsin Alumni Association