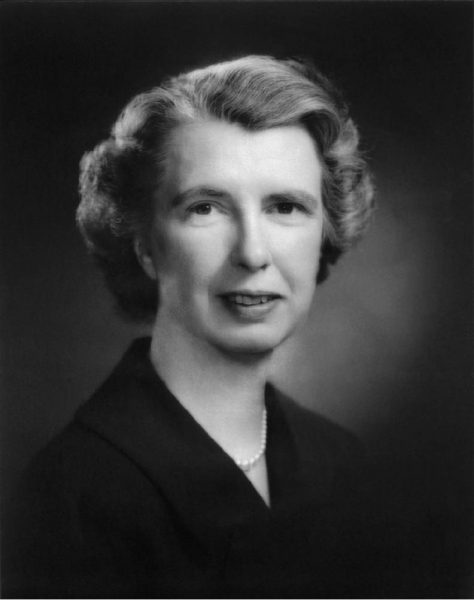 Helen Bunge graduated from the University of Wisconsin–Madison in 1928. She went on to receive a Masters of the Arts degree from Teachers College, Columbia University in 1936. Bunge served as head nurse at the Wisconsin General Hospital and later became assistant director at the University’s School of Nursing. In 1952, she organized the Institute of Research and Service in Nursing Education, and was named Dean of the School of Nursing in 1959. Under Dean Bunge’s leadership, the University of Wisconsin–Madison School of Nursing gained prestige and national recognition. The School’s enrollment doubled, the curriculum was expanded and strengthened, and a new graduate program was initiated. Throughout her distinguished career, Helen Bunge received many awards and degrees, including the Isabel Hampton Robb Fellowship from Teachers College and the Achievement Award in Research from Columbia University, the Distinguished Service Award in Science from the UW–Madison Alumni Association, and the coveted Mary Adelaid Nutting Award from the National League for Nursing. A specialist in nursing education, Bunge helped establish programs in the states of Washington, Wisconsin, and New York. Additionally, she advised the Red Cross, U.S. Public Health Service, Veterans Administration, and the U.S. Army on nursing education and service. Not only was Bunge the recipient of an array of accolades, she was respected and loved by faculty and students alike for her intelligence, sense of humor, and devotion to nursing – the profession she loved and served until her death until 1970. Helen Bunge continues to serve as an inspiration and her legacy lives on in her contributions to nursing education at UW–Madison.