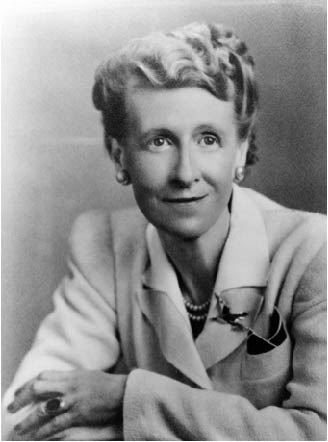 Marie L. Carns earned a degree in French Language and Literature from the University of Wisconsin-Madison in 1915. During her time as a student, Carns played tennis and hockey, which informed her accomplished career in physical education. Carns attended Wellesley College and received a certificate in Hygiene and Physical Education. Her first teaching position was an Assistant Supervisor of Physical Education in New Rochelle, New York Public Schools. In 1918, she accepted a position as Instructor in Physical Education at UW–Madison and was made Assistant Professor in 1921. During this time, Carns also developed an interest in medicine. She went on to do graduate work in anatomy and received her master’s degree in 1923. Four years later, she graduated from UW–Madison’s first four-year medical school class. After she completed her internship and residency, she joined the UW–Madison Medical School staff, where she served for 16 years as an outstanding teacher and physician. She was the first woman to receive the award of “Diplomate” from the American Board of Internal Medicine in 1939. After 16 years in medicine, Dr. Carns accepted the position of Director of Physical Education for Women in 1945. Many advances were made under her leadership, including the addition of a Ph.D. in Physical Education and an M.F.A. in Dance to the curriculum. She also established the Motor Learning Research Laboratory under the auspices of the School of Education and the School of Medicine. In 1950, Carns added to her achievements by becoming the President of Wisconsin Association for Health, Physical Education, and Recreation. Those close to Dr. Carns all testified to her generous spirit and her willingness to offer both professional and personal support to friends, students and colleagues.