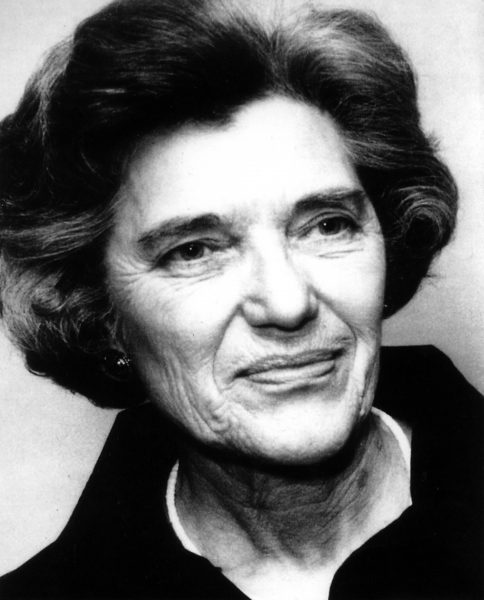 Kathryn F. “Kay” Clarenbach was one of the foremost leaders of the 20th century women’s movement in the United States. Raised in Sparta, Wisconsin, she earned her academic degrees in political science from the University of Wisconsin–Madison (B.A., 1941; M.A., 1942; Ph.D., 1946). In 1946, she married Henry Clarenbach and they had three children. While raising her children in the 1950s, she became active in the League of Women Voters. She taught political science and related courses at Purdue University, Olivet College, and Edgewood College. In 1962, the University of Wisconsin chose Clarenbach to organize a program for continuing education for women, initially on the Madison campus, and later through UW Extension. She also chaired the Wisconsin Governor’s Commission on the Status of Women for 15 years, helping to review and change laws unfair to women regarding pay equity, access to credit, divorce and marital property, and sexual assault, among others. Clarenbach was on the steering committee of the National Association of Commissions on the Status of Women and was its first president in 1970. Through such work, feminists realized that they needed a national lobby to effect change. In June 1966, Clarenbach joined twenty-seven other women in founding the National Organization for Women (NOW). For the next six years, NOW was housed at Clarenbach’s Madison faculty office at the University of Wisconsin. As chair of NOW, Clarenbach is credited with helping forge the link between the emergent women’s rights movement and more traditional women’s organizations. Clarenbach stepped down from her Chair position with NOW in 1970, but remained active in the women’s movement nationally and locally. In 1988 she retired as a Professor Emeritus from the University of Wisconsin.