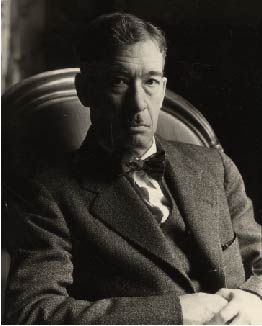 Charles Dean Cool had a deep and abiding interest in teaching and people. This greatly beloved teacher of French and Spanish was a faculty member of the University of Wisconsin – Madison for 41 years, from 1905 to 1946, and his skill, humor, and understanding endeared him to the entire University community. Professor Cool was born in Decatur, Illinois, and was educated at the University of Michigan and Harvard University before coming to Wisconsin. Unusually gifted in languages, Professor Cool acquired a fluent command of Spanish while teaching in native schools in the Philippines. Charles Dean Cool wrote widely-used textbooks and was a scholar in various literatures, but active teaching and human relationships dominated his life. His keen mind and incisive humor delighted students, and his influence on them extended beyond classroom boundaries. He was a friend and adviser with a sense of moral responsibility and personal integrity. Half in jest, he used to say, “Remember, the teacher has a moral function to perform.” This he consistently did. He had a flair for the idiom. His colloquial references to the classics, student affairs, and world events enlivened his popular classes. The spirit that radiated from Charles Dean Cool made the University experience of thousands of students an enriching blend of human fellowship and the pursuit of knowledge.