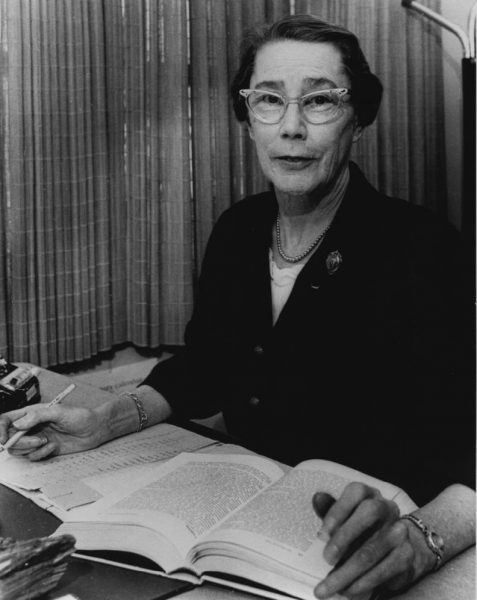 Helen Dawe began her accomplished career of service as a nursery school teacher and assistant in Parent Education in with a Ph. D. from the State University of Iowa. She came to the University of Wisconsin–Madison in 1941 as an Assistant Professor in the School of Home Economics, Home Management, Family Resources and Consumer Sciences, and became the Director of the Pre-School Lab. Over the next several years, she worked her way up to Professor of Curriculum and Instruction in Home Economics as well as Director of the Preschool Lab. A few years later, Professor Dawe headed the Child and Development Program at UW-Madison. Additionally, following World War II, she established a nursery school program for children of Badger Village residents – a housing community for married veteran students and their families in Baraboo, WI from 1946-1951. During her career, Professor Dawe took an interest in residence hall functions. She interacted with and advised many students, particularly those living in residence halls, and she enthusiastically attended many hall activities. Students were drawn to her open manner, friendliness, and willing to help. Professor Dawe died on April 9, 1971 after 30 years of service to the University and community.