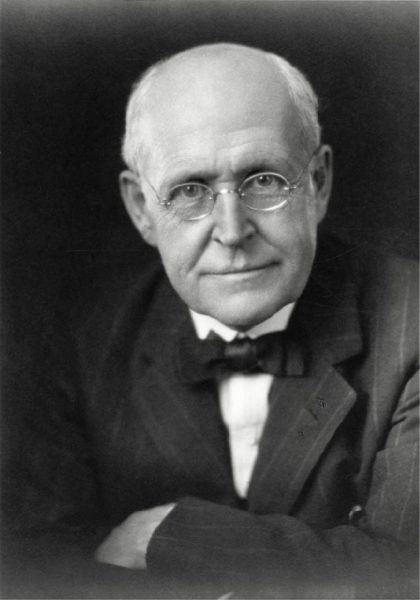 Stephan Gilman, a native of Jacksonville, Illinois, received his Bachelor’s degree from the University of Wisconsin-Madison and his doctorate from Franklin College. He taught commercial law and business administration at the University of Wisconsin- Madison for 27 years and served as a special lecturer at Columbia, New York University, the University of California, and the University of Southern California. Gilman was president of the Brazil Block Coal Co. in Chicago and the director of Madison Gas and Electric Co. He also worked to serve capitalists who controlled various railroads and their subsidiaries. Gilman was active in the American Economics Association, the Wisconsin and American Societies of Certified Public Accountants, and the Board of Directors for the Chicago and Eastern Illinois Railroad Co. He served as secretary of the Society of American University Instructors in Business and was a member of the Wisconsin State Board of Accounting where he served on a commission to simplify the state accounting system. He investigated the accounts of railroad companies for the Wisconsin legislature and served on a national commission to welcome honorary commercial commissions from Japan. In 1910, President William H. Taft appointed him as consulting accountant for the Board of Inquiry on Economy and Efficiency in Government Business. In addition to being a brilliant business administrator, Gilman was a well-known public speaker and author.