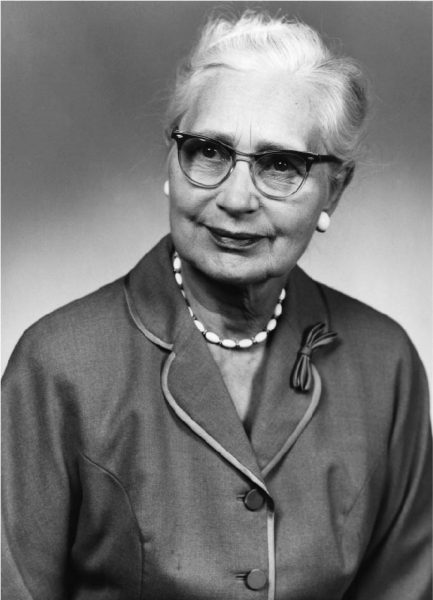 Flora May Hanning was a Professor of Home Economics for 20 years at the University of Wisconsin–Madison. A native of Evansville, Indiana, she received her undergraduate degree in chemistry from Evansville College. In 1954, Evansville College awarded Hanning an honorary doctorate. Hanning later earned her Master’s degree in biochemistry from the University of Wisconsin–Madison and then her doctorate from Iowa State University in 1944. The same year, she returned to UW–Madison as a professor in the Home Economics Department of Food and Nutrition. Within two years of coming to Madison, Hanning established an undergraduate major in experimental foods. After studying the needs of several companies, she developed a curriculum that would prepare women to work in the food business. She later established a graduate program in experimental foods and supervised more than 25 master’s and doctoral candidates in this specialization. In addition to teaching, Hanning was extensively involved in food research. She spent many years as a research fellow at Michigan State University where she helped develop the first line of strained baby food and made major contributions to the methods developed to prevent vitamin loss, including publishing over thirty research papers for food and nutrition journals. In 1962, Hanning went to the University of California–Davis as a Visiting Professor, where she taught until her unexpected death in February of 1964.