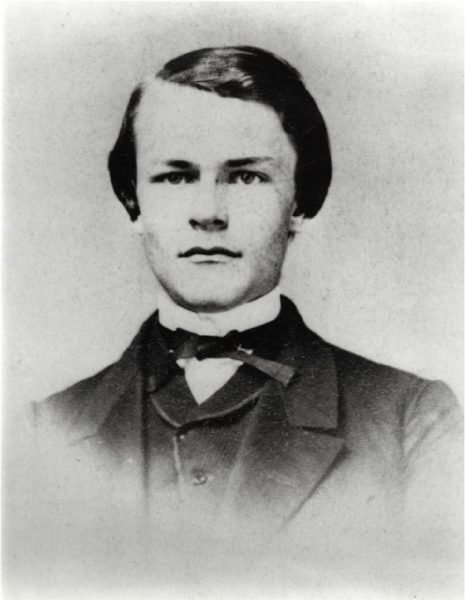 James High was born in Belleville, Ohio and received his Bachelor’s degree from the University of Wisconsin-Madison in 1864. He earned law degrees from Wisconsin and the University of Michigan. He served with the 49th Wisconsin Volunteers in the Civil War and was appointed first lieutenant and regimental adjutant in 1865. After the war, he practiced law in Chicago for 31 years and served as assistant United States District Attorney for the Territory of Utah. In 1876, he was the orator for the Wisconsin Alumni Association at commencement exercises. He was later chosen to represent the alumni in a speech given at the inauguration of University of Wisconsin President Charles Kendall Adams. High is most remembered for writing a number of well-received books on law.