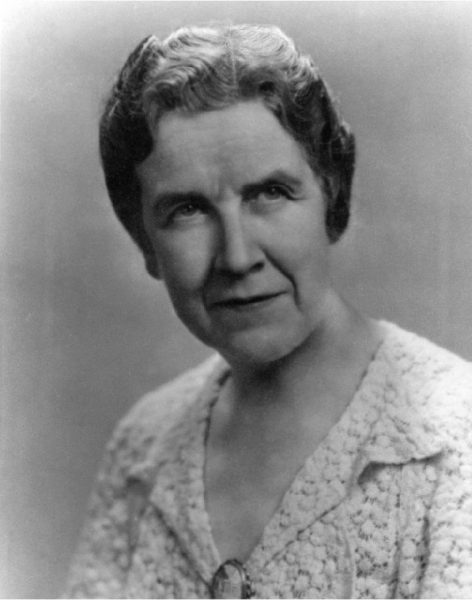 Gertrude Johnson received a Bachelor of Arts degree from New Hampshite Conference College in 1896 before coming to the University of Wisconsin–Madison in 1910. Here, she organized and directed the University Pioneer Educational Theatre Program. Through her hard work and dedication, she developed the first courses for credit in oral interpretation of literature and dramatic production and a curriculum that soon became the model for other curricula around the country. Her influence did not stop there. Johnson wrote five books on drama and oral interpretation that remain foundational to the field of speech study. In Wisconsin, she was instrumental in the formation of the Wisconsin Players. On a national level, Johnson was the founder of National Collegiate Players and a co-founder and vice-president of the American Educational Theatre Association. Gertrude Johnson is the individual largely responsible for making oral interpretation the discipline it is today and initiating the oral interpretation interest group of the Speech Associations of America. Although her teaching career ended in 1944, her influence still lives on both at the University of Wisconsin–Madison and nationwide.