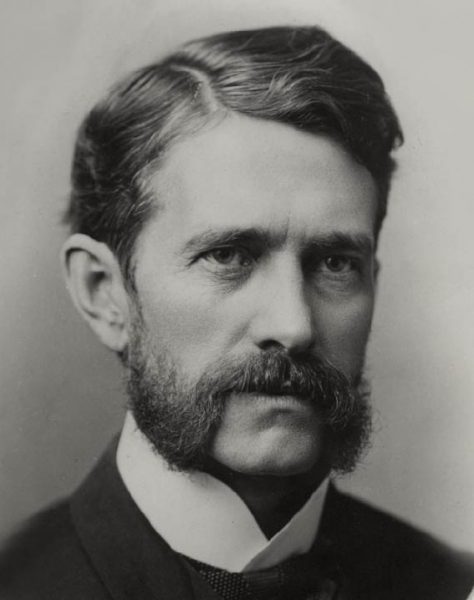 Burr Jones, a native of Evansville, received his Bachelor’s, Master’s, and law degrees from the University of Wisconsin-Madison. He received an honorary doctorate from the University in 1916. Jones practiced law in Madison after his graduation and was appointed District Attorney for Dane County in 1872. He was elected to the United States Congress in 1883 and later became Justice of the Wisconsin Supreme Court. He was frequently mentioned as a candidate for governor of Wisconsin, but he declined the nominations. In 1896, Jones served as president of the State and National Democratic Conventions. Jones taught courses in Domestic Relations and Evidence for the University of Wisconsin Law School for 20 years. He wrote a five-volume law book which was regarded as the standard authority on evidence in civil cases for several years. He was an outstanding scholar and attorney; Governor La Follette once said that no one was ever held in higher esteem by the State Bar Association than Burr Jones. Jones was curator for the Wisconsin State Historical Society, a member of the Dane County Bar Association, and president of the State Bar Association. He served as chairman for the Dane Countv Legal Advisory Committee on World War and for the first Wisconsin Tax Commission. Jones was a member of Phi Beta Kappa and Psi Upsilon. He was active in the Wisconsin Alumni Association and served as its president in 1906 – 1907. In 1920, he was the orator for the 50th Reunion of the Class of 1870. Jones is credited with giving the Law School funding to establish a loan fund for law students. At the time of his death, a group of alumni raised funds and presented a memorial to Jones to the Law School.