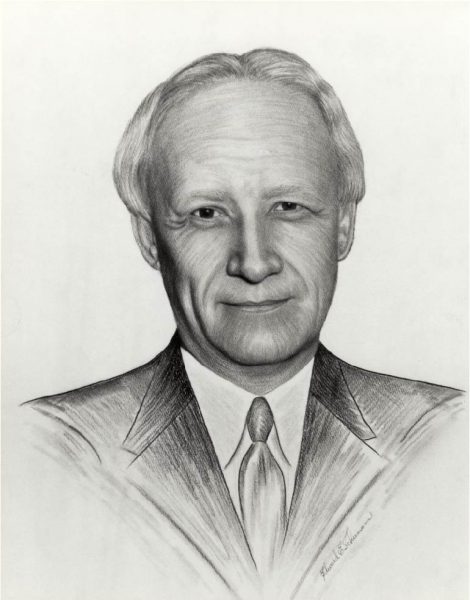 Probably no other University of Wisconsin professor was privileged to have so many students as William Henry Kiekhofer. It is estimated that enrollment in Wild Bill’s elementary economics classes alone, spiraling for 38 years, reached a grand total of 70,000. Teaching was an exciting mission for the scholar, for his audience a dynamic and convincing experience. This blessed talent was apparent from the beginning, while the young graduate assistant, returned from English and German higher learning, taught, and worked toward his Wisconsin doctoral degree (1913). Kiekhofer rose through faculty ranks to full professorship by 1920. His passion for teaching continued until his death (1951). Through his career there were many other facets making him a remarkable professor. Professor Kiekhofer, teacher of economic theory and finance at the graduate level; demonstrated an ability to present complex economic ideas with clarity and maintain engagement. His leadership was demonstrated throughout his fifteen years as the chair for his department ( 1916-1931). Through teaching, research, and public service; for his school, his state, and his nation. He lent his ability to educate via numerous textbooks and hundreds of works which he edited. Known nationally for the textbook Economic Principles, Problems, and Policies – one of the best-selling texts of the first half of the 20th century – he was a beloved figure on campus, and before each of his lectures, his students would give him a “skyrocket” cheer. In his honor, the Kiekhofer Award, which honors an assistant or associate professor in the College of Letters & Science, was established as the UW’s first teaching award.