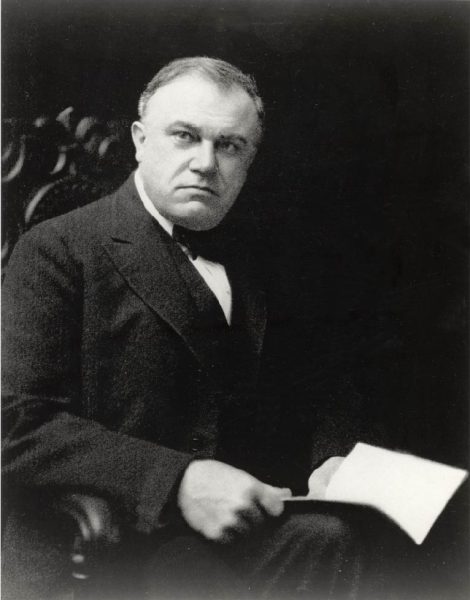 Theodore Kronshage, Jr. was born in Boscobel and received his Bachelor’s degree and law degree from the University of Wisconsin – Madison. He practiced law for 34 years and was known as the “lawyer’s layer”; he was one of the best trial attorneys in Milwaukee and was frequently consulted by other attorneys on cases. In 1931, Governor La Follette appointed Kronshage to administer the revised utility statutes of Wisconsin. He revived utility regulation and helped to develop a new rate schedule to increase consumption and boost the financial position of city utility companies. Because of his efforts, electricity became inexpensive and available to everyone who wanted it. Kronshage’s work on public utilities brought him recognition throughout the United States as the Wisconsin regulations were considered the best in the country. Kronshage was a member of Wisconsin State Bar Association, the State Board of Education, and the League of Wisconsin Municipalities. He was present of Espenhain Dry Goods Store Company in Milwaukee and chairman of the board for Boscobel State Bank. He was a Progressive Republican and served as secretary of the Republican Committee and member of the Republican Party’s State Central Committee. Kronshage was a member of the Wisconsin Board of Regents for six years and served as present from 1924 until 1927. In 1925, when drastic cuts in legislature appropriations were threatened, he used his own funds to publish and distribute an analysis of the finances of the university. He attacked backward financial policies and lack of legislation that hampered university growth. Kronshage won a statewide campaign against university budget cuts and organized the Wisconsin University Building Corporation through which the university could build self-amortizing residence halls. Through his efforts the university was able to build Tripp and Adams Halls.