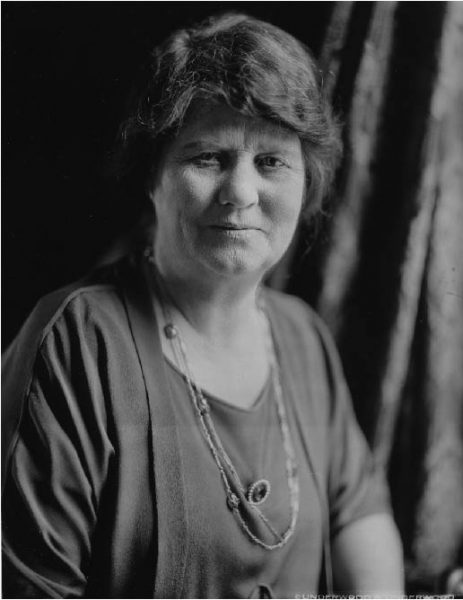 Belle Case La Follette was a lawyer, journalist, editor, suffragist and counselor who provided much of the intellectual sophistication behind the Progressive Movement for which her husband, Bob La Follette, was known. She devoted much of her life to the cause of women’s rights. After graduating from the University of Wisconsin–Madison, she “clerked” for Bob, the Dane County District Attorney, researching legal precedents and helping to write briefs. Her interest in law sparked, La Follette enrolled in the University of Wisconsin–Madison Law School and became its first female graduate in 1885. During Bob’s three terms in Congress (1885–1891), La Follette acted as his secretary and administrative assistant. When they returned to Wisconsin after his defeat, she taught physical education classes and lectured on a variety of issues including woman suffrage, coeducation and dress reform. After serving as governor’s wife for five years, La Follette returned to Washington in 1906 when Bob became a U.S. Senator. In 1909, the La Follettes founded La Follette’s Weekly Magazine, which later became The Progressive under her role as editor in 1929. From 1909 until her death in 1931, La Follette wrote weekly columns that often took up political or legal positions, advocated for legislation, or critiqued political policies and administrations. She also used every opportunity to make the case for woman suffrage, railing against state and federal laws that limited the position of women. A staunch pacifist, La Follette helped found the Women’s Peace Party in 1918, which later became the Women’s International League for Peace and Freedom. After Bob’s death in 1925, La Follette was urged to fill his seat in the Senate but she declined in no uncertain terms, saying, “at no time in my life would I ever have chosen a public career for myself.”