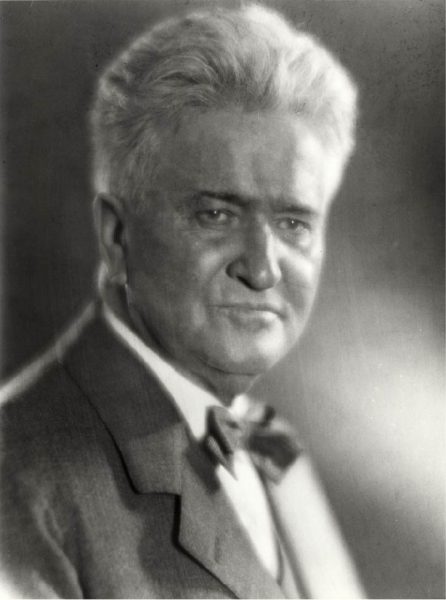 Robert M. La Follette was born in Primrose, WI and received his B.S. degree at the University of Wisconsin-Madison (1879). He entered the Wisconsin Law School and, at the end of one term, passed the state bar examination. He practiced law in Madison and in 1882 was appointed district attorney for Dane County. He became a congressman in 1885 and was later elected governor of Wisconsin three times. In 1905, La Follette became a United States Senator remaining in the senate until his death in 1925. La Follette was a progressive Republican; he was renowned for his advocacy of physical valuation of railroads and was active in the movements for a direct primary law, for taxation equalization, and for railroad rate regulation. He was champion of the Seaman’s Act, for women’s suffrage, of Workman’s Compensation, and for publicity of campaign expenses. While in Congress, he served on the Ways and Means Committee and drafted tariff schedules on farm products, linen, silk, and tobacco. After his term in Congress, and before he was elected governor, President McKinley asked him to serve as controller of the United States Treasury, but he declined in order to return to Wisconsin to work on political reform movements in the state. La Follette had a national reputation for speaking and was an orator at the University of Chicago, the University of Michigan, Howard Law School, and the Grant Memorial exercises at the Monona Lake Assembly. La Follette was mentioned for the presidential nomination in 1908 and 1912. In 1924, he headed a third party ticket in the presidential race but was defeated. Because of La Follette’s efforts in government, the University of Wisconsin was appropriated a significant increase in public funding.