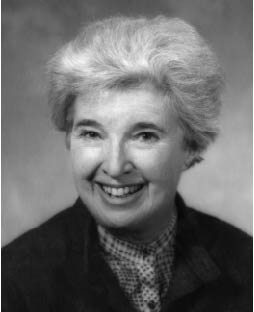 Gerda Lerner is widely recognized as a women’s history scholar and one of the foremost pioneers of the women’s movement. Lerner was born in Vienna, Austria and was educated there through secondary school. In 1938, after the Nazis came to power, she was jailed and forced to leave Austria. A part of the Jewish exodus, she found refuge in the United States. As a young wife and mother during the war years and the early days of the cold war, Lerner was an activist in grassroots and community political movements. She wrote fiction and took courses at the New School for Social Research in New York. Gerda first earned her B.A. at the New School in 1963, her M.A. in 1965, and her Ph.D. at Columbia University in 1966. She had to persuade the authorities at Columbia to let her do graduate work in women’s history, which was not considered a scholarly field then. Lerner founded the Women’s Studies program at Sarah Lawrence College, which included the first graduate program in women’s history in the country. In 1980, after the death of her husband, she moved to the University of Wisconsin–Madison to establish a Ph.D. program in women’s history. Lerner continued to teach, write, and lecture around the country, writing several classic volumes in women’s history, including her two-volume magnum opus, The Creation of Patriarchy (1986) and The Creation of Feminist Consciousness (1993). She was the editor of the groundbreaking Black Women in White America (1972), one of the first books to document the important struggles and contributions of African American women in American history. She received many honors, among them honorary degrees from 18 colleges and universities. Lerner was also a founding member of the National Organization for Women and one of the creators of Women’s History Month.