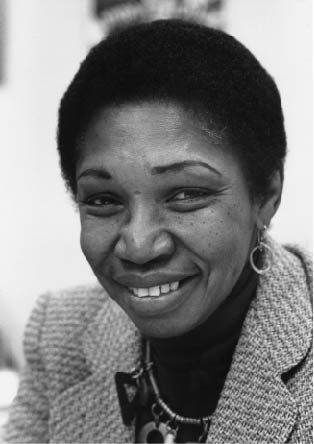 Nellie McKay was a distinguished scholar and critic who helped secure a place for African American women in the modern literary canon. Born in Queens, New York to parents who had come from Jamaica in the West Indies, she earned a bachelor’s degree in English from Queens College in 1969, a master’s in English and American literature from Harvard in 1971, and a Ph.D. in the same field from Harvard in 1977. She joined the University of Wisconsin–Madison faculty the next year. An authority on black American literature of the 19th and 20th centuries, McKay specialized in the study of fiction, autobiography and, especially, women’s writing. She was known in particular for the Norton Anthology of African American Literature, of which she was a general editor with Henry Louis Gates Jr. The anthology, published in 1997, was widely credited with codifying the black American literary canon for the first time. At more than 2,600 pages, the anthology spans black literature from the earliest Negro spirituals to late 20th century writers. McKay’s pioneering impact on English Studies included her vision of what she called “the pipeline problem” the need for universities to produce more faculty of color, particularly African American faculty. She created the innovative “Bridge Program” that brought students from the Afro-American Studies M.A. program into the English Department’s Ph.D. program, including many African American students. Nellie also supported the idea that students of color should be able to study in any fields they desired. During her student years in the late 1960s, it was nearly impossible to study literature by black writers, male or female, in a university classroom. That college students today more routinely encounter literature by black writers is due in no small part to McKay’s work.