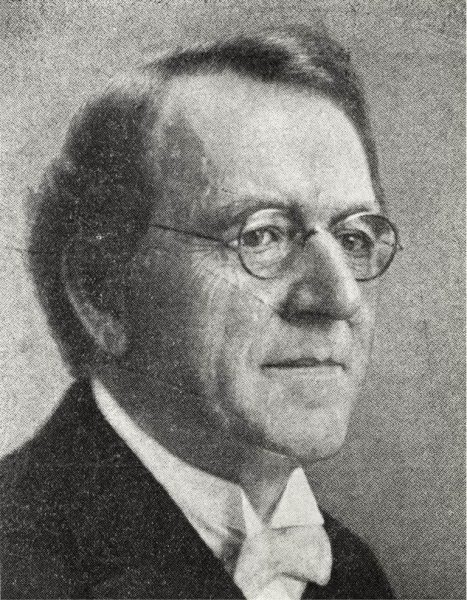 Albert Ochsner was born in Baraboo and received his Bachelor of Science degree from the University of Wisconsin-Madison. Paying for his education by serving as a schoolteacher. He earned medical degrees at Rush Medical College in Chicago and Kings College in London. Ochsner distinguished himself as a surgeon in Chicago. He was surgeon-in-chief at Augustana Hospital and consulting surgeon for Mary Thompson Hospital before being named chief of staff at Rush Medical College in 1891. In 1900, he became a professor of Clinical Surgery at the College of Physicians and Surgeons in Chicago. He also served as first lieutenant in the United States Army Medical Reserve Corps and became a major in 1916. As a founder, President, and Fellow of the American College of Surgeons, Dr. Ochsner took great pride in his association with the College and believed that every Fellow had a responsibility to ensure that the profession continued to improve and grow. In his 1923 Presidential Address, he said “It is the duty of every Fellow to encourage young surgeons in the acquisition of the necessary qualifications [for ACS Fellowship], because it is exceedingly important to this country to give proper development to the next generation of surgeons.”