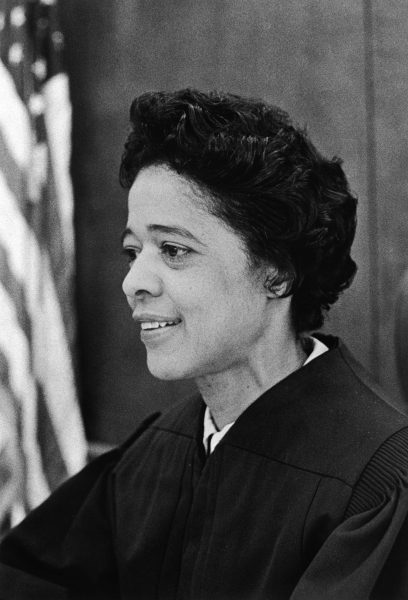 Vel Phillips built a career full of “firsts” as both a woman and an African American in Wisconsin. Born in Milwaukee, she graduated from Howard University in Washington, D.C. in 1946 and went on to become the first African American woman to graduate from the University of Wisconsin–Madison law school in 1951. Soon after, Vel and her husband Dale became the first husband/wife law team of any race admitted to the eastern district of the federal bar of Wisconsin. She also was the first African American in the United States elected to the policy-making body of either major political party. In 1956, she became the first woman and the first African American elected to Milwaukee’s Common Council. Throughout the 1960s, Phillips championed fair housing bills and often participated in non-violent protests against discrimination in housing, education, and employment. After months of marching, her arrest in 1967 at a rally following the firebombing of an NAACP youth center brought national media attention to Milwaukee, where leaders had been resistant to non-discrimination measures. Milwaukee alders finally approved the Fair Housing Law that Phillips had proposed six years earlier, pushed toward acceptance by the passage of a federal open housing law the week prior, after the assassination of Martin Luther King, Jr. After nearly 15 years as an alderperson, Phillips resigned in 1971 and was appointed by Governor Patrick J. Lucey to the Milwaukee County judiciary, becoming the first woman judge in Milwaukee County and the first African American judge in Wisconsin. In 1978, Phillips made national history as the first woman and first African American elected to a state office, the Secretary of State of Wisconsin. Phillips remained a committed activist and community worker in the area of civil rights until her death in 2018.