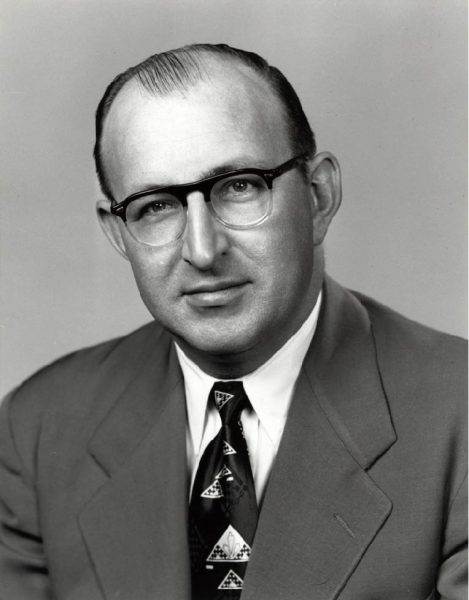 Richard E. Sullivan joined the University of Wisconsin in 1941, a student then, living in Showerman House of Kronshage Hall. After departing for service in World War II, Sullivan returned to Showerman as a House Fellow. In this role, the veteran was from World War Il service. The living symbol — leader, sympathetic counselor, and kindly friend. With his help, hundreds of students came to understand and find the greater goals of community living. Having earned two Wisconsin degrees by 1947, he joined the University’s full-time staff as associate professor of commerce. On the faculty of the Industrial Management Institutes, he showed himself to be one of the University’ s most imaginative and dynamic young teachers. Possessed also of executive talent, the teacher was made associate director of the Industrial Management Institutes in 1948, director in 1950; and chairman of the Extension Division’s Commerce Department in 1954. In ten swift years overcome a challenging field that was bridging academy and business, Richard Sullivan had found success. Meanwhile, serving on the Residence Hall Faculty Committee as his passion for building student relationships remained in the Halls.