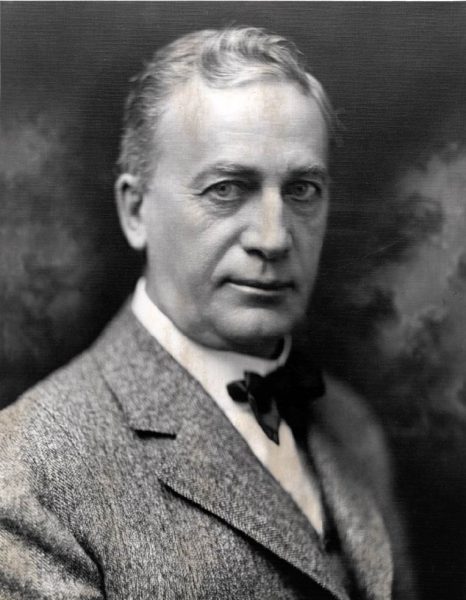 Magnus Swenson was born in Langesand, Norway and received his Bachelors and Master’s degrees in Metallurgy from the University of Wisconsin-Madison. He taught chemistry at the University for three years and, along with Dean W.A. Henry, founded the College of Agriculture, where he was one of the first agricultural chemists. During this time, he fought for quality control of Madison water. Madison had no central water supply and no central sewage system. Swenson’s research was met with resistance but ultimately allowed for the city to address the issues and make way for the State Laboratory of Hygiene. He left the University in 1889 to manufacture special machinery for sugar and other chemical industries. He invented and improved equipment for the manufacture of beet and cane sugar, milk sugar, glycerin, soap, caustic soda, paper pulp, fertilizers, and glue. He won first prize on a paper on the chemistry and manufacture of sugar for the United States Department of Agriculture. Swenson was nationally recognized for his research on sugar, and the federal government frequently consulted him on the sugar industry. He served as food administrator for the First World War under Herbert Hoover, and after the war he was selected to be the director of food supplies in Northern Europe. Swenson founded the Swenson Evaporation Company in Chicago Heights and was president of the Southern Wisconsin Power Company. He served as director of the First National Bank of Madison for a number of years and organized the Norwegian-American Steamship Line. In 1905, he chaired the Building Commission for the Wisconsin State Capitol and was appointed to the University of Wisconsin Board of Regents. He served as a member and president of the Board until 1920. At the time of his death, the University of Wisconsin awarded him with an honorary doctorate.