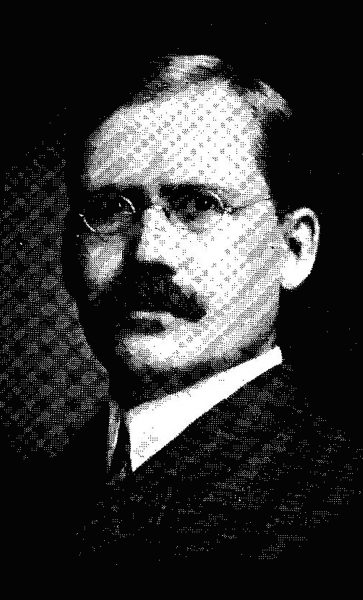 Warren D. Tarrant was born in Durant and received his Bachelor of Science and law degrees from the University of Wisconsin-Madison. He had three years’ experience in the mercantile business before joining the law firm of Tarrant and Kronshage in Milwaukee. Tarrant was a member of the American Bar Association, the Wisconsin State Bar Association, and the Milwaukee County Bar Association. He was active in the State Historical Society of Wisconsin, the American Political Science Association, and the Wisconsin Branch of the American Institute of Criminal Law and Criminology. While at Wisconsin, Tarrant was a charter member of Philomathia and represented the organization in an oratorical contest in 1889. He also belonged to the Forum, Delta Upsilon, and Phi Delta Phi. In 1898-90, he was managing editor of the Aegis. In 1902, he was appointed Circuit Judge and remained in the position until his death in 1917. When he became a circuit judge he was the youngest official that ever presided over a Milwaukee court. During his tenure as judge, he served as president of the Milwaukee Lecture Service League and taught courses at the Marquette University Law School and the University of Wisconsin Law School.