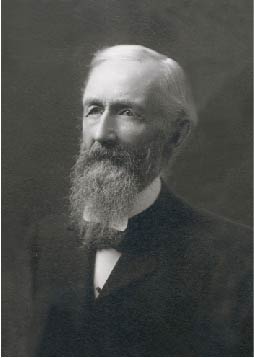 J. Stephen Tripp was born in Duanesburg, New York and taught school part-time while he was attending Schoharie Academy. After leaving the academy, he worked for the law office of Judge Charles Goodyear in Schoharie, New York and remained there until he passed the bar and moved to Baraboo, Wisconsin. In 1854, Tripp left his law practice in Baraboo and entered a partnership in Sauk City. During this time, he also served as the Sauk City postmaster. In 1862, he was elected to serve on the Wisconsin Assembly. Tripp began a banking business in 1868 and 19 years later gave up his law practice in order to devote all of his time to banking. He served as president of Sauk City for eight years, town clerk of Prairie du Sac for 20 years, and a member of the Board of Supervisors for Sauk County for 30 years. On his death, Tripp entrusted $600,000 to the University of Wisconsin-Madison “for the welfare of the students.”