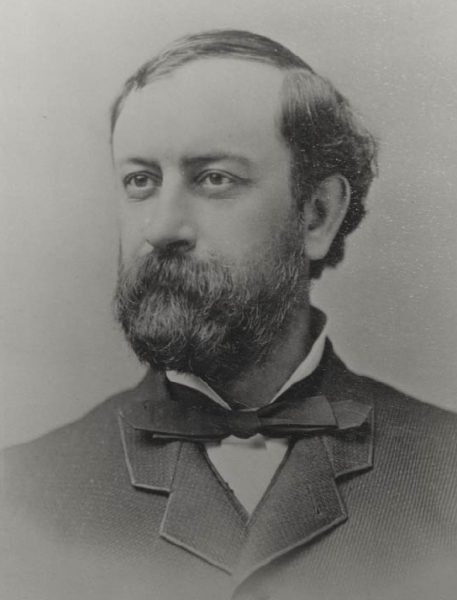 William F. Vilas, a native of Chelsea, Vermont, received his Bachelor’s and Master’s degrees at the University of Wisconsin-Madison and his law degrees at Wisconsin and Albany Law Schools. After his graduation from Albany, he returned to Madison to establish a law practice, but he left two years later in order to serve as captain of Company A in the 23rd Regiment of the Wisconsin Volunteer Infantry. He became a major and a lieutenant colonel before resuming his law practice at the end of the Civil War. In 1868, Vilas became a professor of law at the University of Wisconsin and left 16 years later to become Postmaster General of the United States. He advisor to Grover Cleveland, and, during Cleveland’s presidency, he was named United States Secretary of the Interior. After Cleveland’s defeat, Vilas returned to Wisconsin and was later elected United States Senator. At various times throughout his public career, Vilas served as a trustee of the Wisconsin Soldiers’ Orphans’ Home, chairman of the Democratic National Convention, and member of the assembly of the Wisconsin Legislature. He was a member of the State Historical Society Library Building Commission, vice president of the State Historical Society, and a member of the Wisconsin Capital Commission. He also served on a committee to revise the Wisconsin Statutes and was a member of the University of Wisconsin Board of Regents for 11 years. He also served as secretary, treasurer, and president of the Alumni Association while he was an attorney and professor in Madison. Vilas left the University a 30 million dollar endowment fund which was used to establish research professorships, scholarships, and fellowships, some of them specifically for Black students. The fund was also used to erect additional academic buildings and a theater, and the remainder went to support the arts.