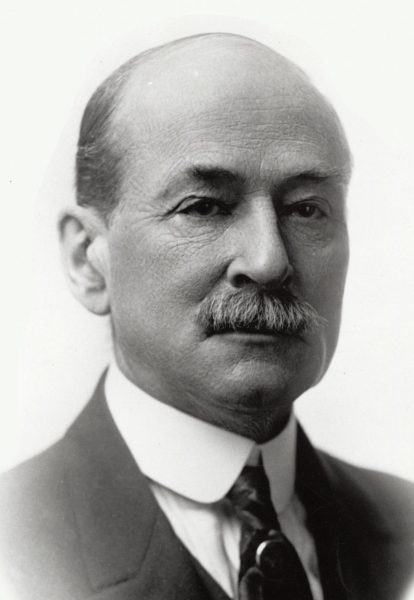 John B. Winslow, a native of Nunda, New York, received his B.A. at Racine College (1871) and taught Greek there until he entered law school at the University of Wisconsin-Madison (1875). In 1904, he received an honorary doctorate from the University. After graduation, he joined a law firm and was later appointed City Attorney for Racine. In 1883, Winslow was elected a circuit court judge for Racine, Kenosha and Walworth Counties. He served in this capacity until elected to the Wisconsin Supreme Court in 1891. Winslow served on the Supreme Court for 29 years, he served as Chief Justice from 1907 until his death in 1920. During his tenure, he participated in approximately 10,000 cases appearing in nearly 92 volumes of the Wisconsin Reports. He served for many years as president of the American Institute of Criminology and president of the Wisconsin State Bar Association. He was founder and director of the American Judicature Society (1913), a member of the American Bar Association, and served on the Federal Supreme Bench. As a justice, Winslow wrote a decision on the Workmen’s Compensation Act which made Wisconsin the first state to enforce the granting of compensation to injured employees. Winslow lectured for the University of Wisconsin Law School throughout his term on the Wisconsin Supreme Court. Winslow was president of the University of Wisconsin Young Men’s Christian Association and of the Wisconsin Alumni Association. In 1918, he publicly defended University of Wisconsin students accused of disloyalty by a lecturer of the National Security League.