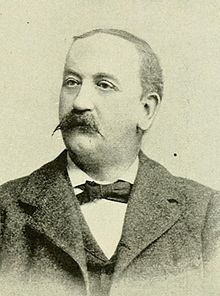 Alexander Botkin, a native of Madison, received his Bachelor’s, Master’s and law degrees from the University of Wisconsin-Madison. He earned an additional law degree from the Albany Law School in New York. He practiced law for two years and then became a news editor for The Milwaukee Sentinel. In 1869, he became Managing Editor of The Chicago Times and later returned to Milwaukee to serve as Editor of The Sentinel. In 1878, Botkin decide to return to law and spent seven years as the United States Marshall for the State of Montana. In 1886, he became the City Attorney for Helena, and in 1889, he was named the Master of Chancery for the United States Circuit Court in Montana. During this time, he also chaired a commission to revise and codify the criminal statutes of the United States. Alexander Botkin served as president of the Wisconsin Alumni Association in 1869.