Leopold Residence Hall brings a whole new meaning to sustainable living. Since opening in August 2013, University Housing’s newest residence hall has been home to the GreenHouse Learning Community, which is designed for students interested in thinking, working, and living in more sustainable ways — principles that guided Aldo Leopold’s career. This community even has a 1,000 sq. ft. greenhouse on the fourth floor of the building. How neat is that? Leopold earned LEED Gold-level certification in July 2014, which further proves that it’s making a difference in efficiency and environmental quality on campus and in University Housing.

The five-story residence hall is near Lake Mendota, Allen Centennial Gardens, and Steenbock Library. Leopold residents are also near both Carson’s Market and the Four Lakes Market (two of five dining markets on campus). Efficiency is a theme of this residence hall, as Leopold has rooftop panels to assist with hot water heating as well as electricity and water consumption monitors throughout the building. Each carpeted resident room is also equipped with a walk-in closet and individual heat and air conditioning controls.

Learn more about the GreenHouse 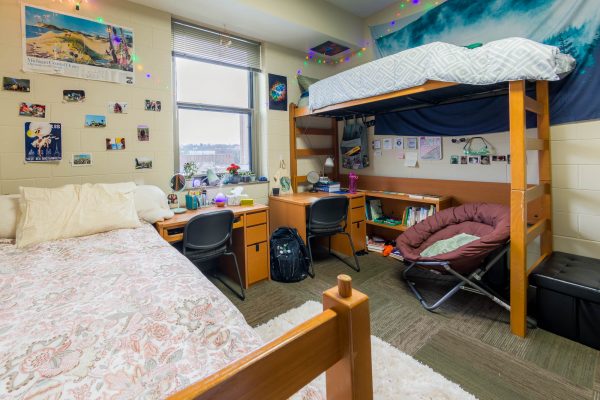 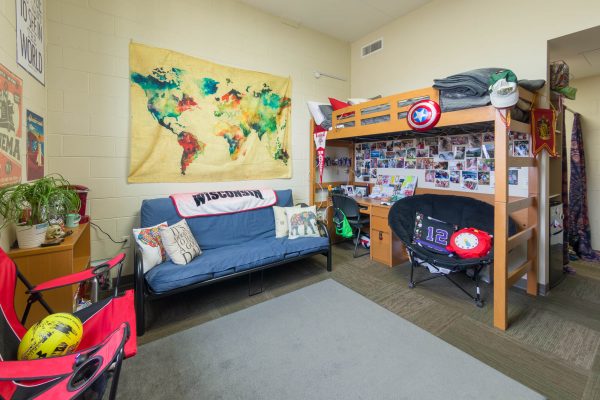 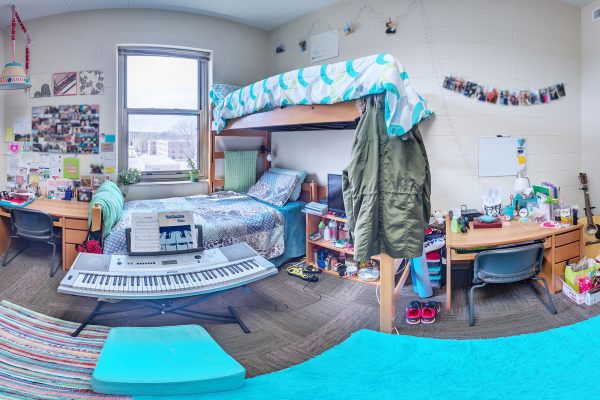 In Leopold, air-conditioning and heating can be used in either the heating or the cooling season. Heat is provided via hot water and cooling via chilled water through a radiator above your closet ceiling. Your room’s temperature can be set from 68 – 74 °F and can be changed via a thermostat located on the wall (see photo). Temperature is controlled by the arrows on the thermostat. Press the up arrow to raise the temperature or the down arrow to lower it.

The unit is designed to respond once the air temperature is +/- 2 degrees from the desired room temperature. The upper left button is programming options for service technicians.