Phillips Residence Hall boasts some of the best lake views on campus and is a great place to live for first-year and continuing students alike. The residence hall is a favorite among many students because each resident room has its own private bathroom attached (even though you have to clean it on your own, it’s totally worth it) as well as carpeting and air conditioning. Phillips has a warm, home-like atmosphere on the interior that you are sure to love. It also has a number of common spaces on each floor that residents use for studying and socializing. The building is also home to Open House, University Housing’s Gender Learning Community.

Are you considering majoring in nursing, pharmacy, or one of the life sciences? If so, you’ll love Phillips’ proximity to classrooms. Residents of Phillips also have easy access to Four Lakes Market (one of five dining markets on campus) in Dejope Residence Hall. While Phillips might appear to be on the outskirts of campus, it is near many major bus lines and the Lakeshore Path, which are both quick ways to get to the Southeast Neighborhood.

(One floor of Phillips Residence Hall)
All students are welcome to join and explore the diversity of the human experience through discussions on gender in contemporary media in this inclusive community.

Learn more about the Open House 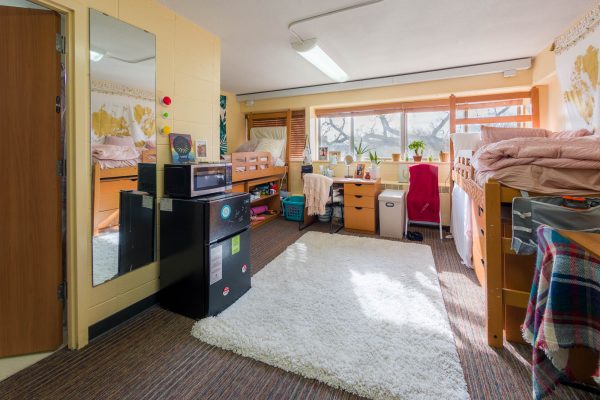 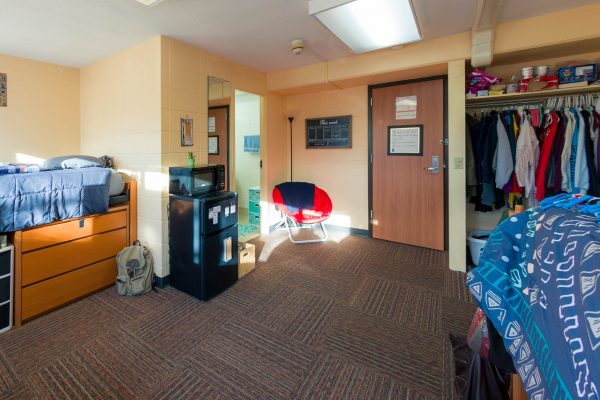 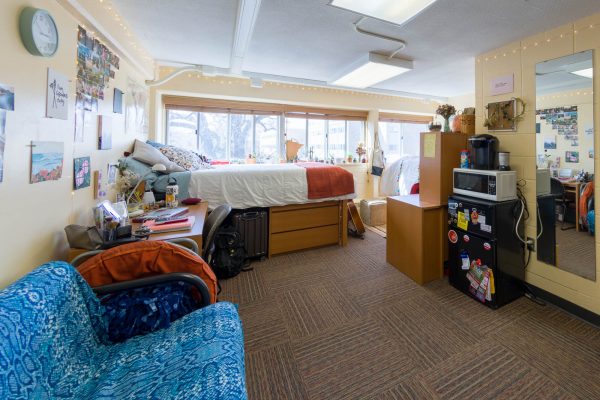 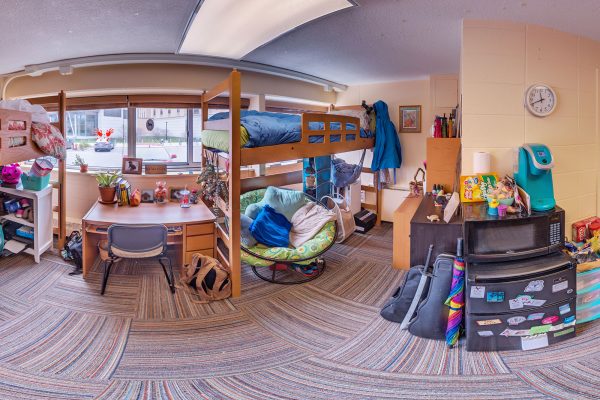 The rates listed below are per resident and reflect the projected annual room & board rates in Phillips Residence Hall for a new student for the 2021-22 academic year. For a full listing of residence hall rates and what is included, visit our Billing & Rates page.

In Phillips, heat is provided via hot water and cooling via chilled water through a radiator near your window. Your room’s temperature can be set from 65 – 75 °F. The convector is centrally controlled and the fan coil unit is controlled by a dial under the hinged door (see photo). The toggle switch should be set to “auto”. The dial can then be turned to the left (counterclockwise) to decrease the temperature or to the right (clockwise) to increase the temperature.